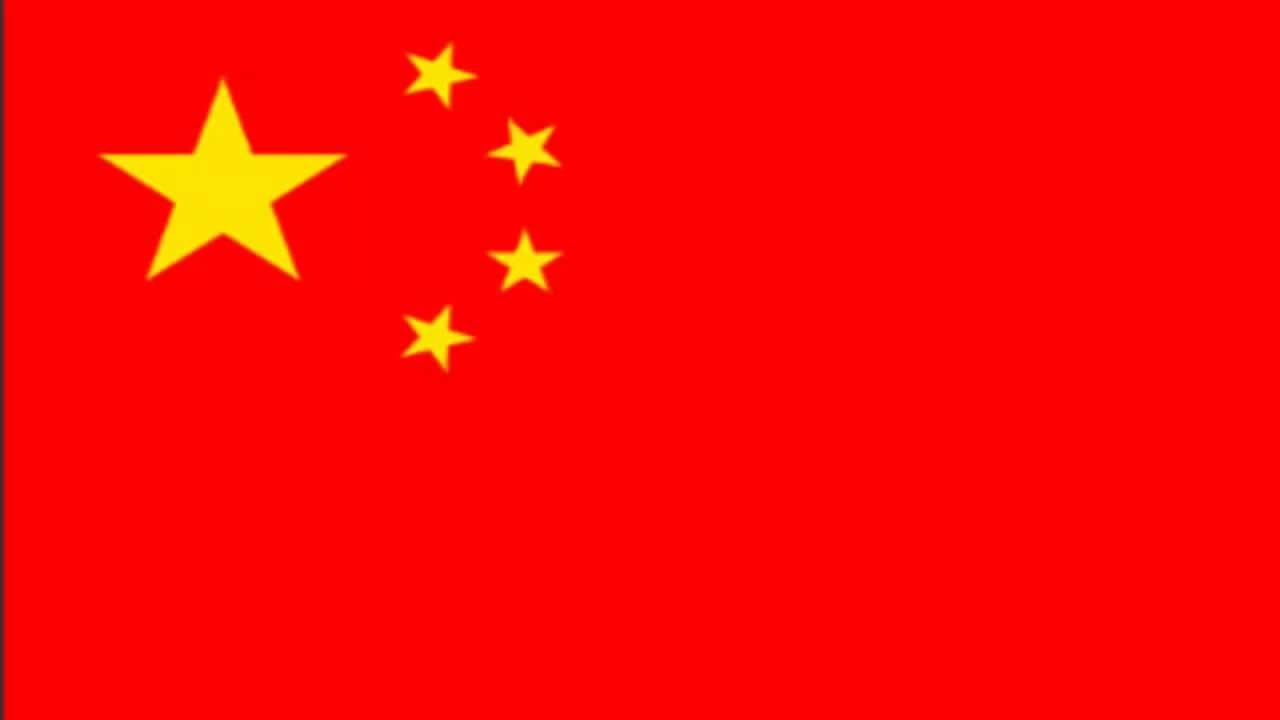 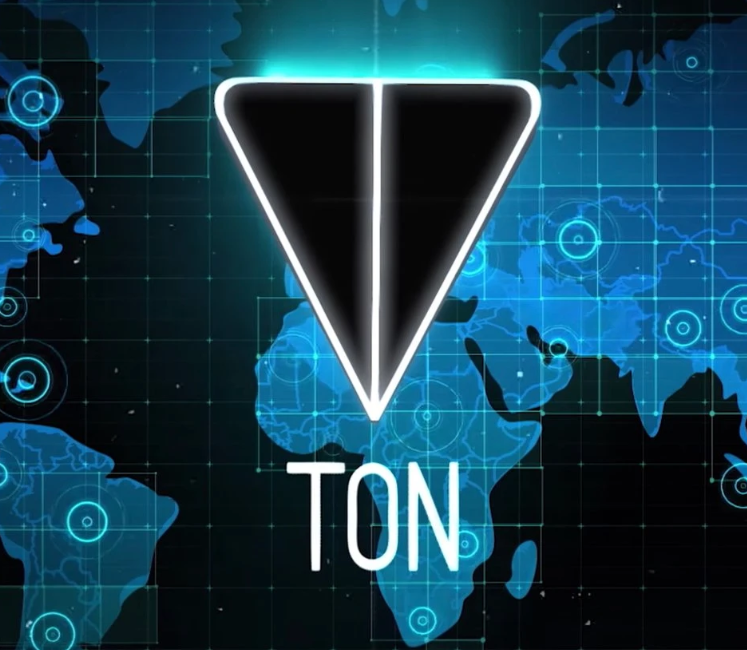 Keeping up to date on events that are shaping the cryptocurrency world is crucial to understanding the complex conversation around it’s use, regulation, and events that shape the market. At Coinado.com and The American Blockchain Council, we believe an informed public is necessary for rational use and regulation of cryptocurrency. Our newsletter’s goal is to illuminate the most important industry events and give an inside view on how they are shaping our national conversation. To read previous monthly updates, or join our mailing list please visit Coinado.com.

China was once a leading global hub of the cryptocurrency industry. Capital control measures taken by China drove wealthy investors into cryptocurrency, hoping to avoid government oversight in early 2012-2013. During this time period, Chinese exchanges lead in global transaction volume, and had a price premium to the rest of the market due to demand. Shortly after this period, the Chinese government issued notices to all main land exchanges to close international, and national trade. Within two years, the industry had shifted away from exchange in mainland China, and Chinese investors were forced to find back channel means to invest in cryptocurrency. These strict moves to limit cryptocurrency adoption continued in 2018 and 2019 with regulatory guidelines telling corporations to wind down cryptocurrency mining activity. China was recently a leader in the mining sector, but since these new guidelines, corporations have begun or signaled that they intend to move operations out of China to continue cryptocurrency production. The dismantling of the Bitcoin and Cryptocurrency ecosystem in China has taken over five years, and has destroyed or done serious harm to many previously thriving cryptocurrency businesses based in China. This points towards a national agenda concerned with the continued need to control capital outflow. The mining crack down in particular seems counterproductive as China has shared in the profits from those mining operations. This total sweep across the industry had industry experts speculating that the government may have further plans than their total ban on cryptocurrency, and are moving towards issuing one that was government backed and controlled.

These rumors have begun picking up steam as insider sources have reported to Forbes that China has quietly been developing a sanctioned state cryptocurrency along with The Central Bank of China and some of the countries largest tech corporations. Reported mega corporations include Tencent, Alibaba and Chinese credit card issuer UnionPay. The report further names a possible imminent release date for this currency of before November 11th, the largest chinese retail holiday called Singles' Day, similar to Cyber Monday in the United States. Alibaba is a gigantic online retail source, with a public market cap of over 455 billion dollars and has the resources along with Tencent to create a cryptocurrency network to rival the proposed Libra network from facebook. These abrupt announcements could indicate that China is attempting to compete globally and internally substitute its own cryptocurrency for both Libra and traditional cryptocurrencies. We await further details to see what forms of control and oversight the government will impose over this new currency and how it will interact with the global digital asset market.

Growth in bitcoin mining profits has steadily increased since inception however over the last two years we have seen a steady increase in that rate of growth leading to an exponential increase. Despite continued exponential growth of the network “difficulty”, or how much power and computing ability it takes to successfully mine one bitcoin, the industry has seen growth to over 14 billion in produced bitcoin this year. Several contributing factors are behind this growth including steady growth in the rate of network transfer activity, as well as the market dominance that bitcoin has regained over the last year which now sits just under 70%, a dramatic move from its low of 33% in late January 2019. These new highs come at a significant cost - The Cambridge Center for Alternative Finance has recently released an index of macro data regarding bitcoin ranking it as one of the largest power consumers globally. It ranks bitcoin’s power consumption 43rd among countries between Switzerland and Colombia, with China then the US leading that index. This trade off has been a heavily debated topic from an environmental perspective, but has not lessened the growing investment in securing the bitcoin network.

After raising 1.8 billion in private funds, telegram has announced that it will pilot a new cryptocurrency “Gram” onto the market and integrate it into their popular messaging platform of over 180 million active users. Telegram leadership has said that one of the main issues with cryptocurrency adoption is the lack of a plug and play user base. The large telegram user base represents an enormous immediate exposure of cryptocurrency directly to new users on a similar, albeit smaller scale to what facebook might implement. The launch material provided by Gram and the Telegram Open Network (TON) has not outlined a public financial plan like Facebook’s Libra and as such is harder to critique in detail. As details emerge about the implementation of this new currency issued by a corporation regulators may face a similar situation to Facebook’s Libra announcement regarding issues such as security issuance and consumer protection.

Coinado Inc, does not provide legal, accounting or tax advice. Any statement regarding such matters is explanatory and may not be relied upon as definitive advice. All investors are advised to consult with their legal, accounting and tax advisers regarding any potential investment. The information and any opinions contained in this communication have been obtained from sources that we consider reliable, but we do not represent such information and opinions as first party verified, and thus should not be relied upon as such. 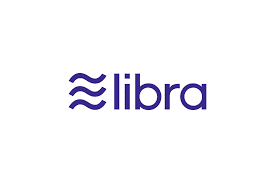 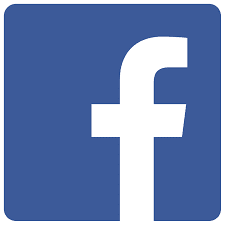 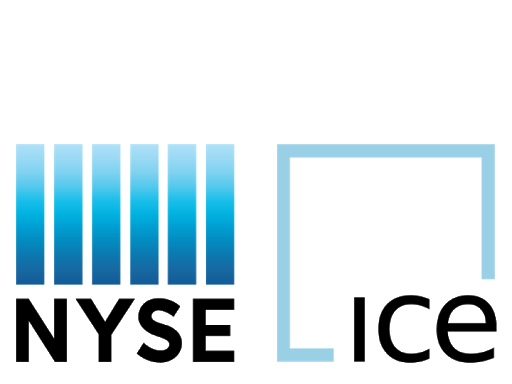 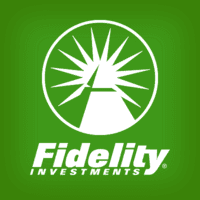 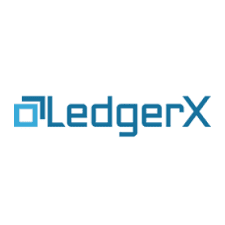 Keeping up to date on events that shape the cryptocurrency world is crucial to understanding the complex conversation around its use, regulation and events that drive the market.

At Coinado.com and The American Blockchain Advisory Council at Catalyst Research Institute, we believe an informed public is necessary for rational use and regulation of cryptocurrency. Our newsletter’s goal is to illuminate the most important industry events and give an inside view on how they are shaping our national conversation.

Recent hints at a Facebook related cryptocurrency project have lead up to a large announcement on June 18th with an accompanying white paper by Facebook. The paper details an imminent release of the “Libra” cryptocurrency over the next few months. The scope of this announcement is potentially enormous, and is expected to reach up to 2.8 billion Facebook and 1 billion Instagram users. Libra shares some properties of traditional cryptocurrencies, while inheriting other properties of central banking from its association with Facebook and the governing body it is putting in place.

From the white paper, we can expect these similarities to traditional cryptocurrencies:

The differences to traditional cryptocurrencies are stark, and stem from the oversight group that Facebook has created, they include:

Reaction to this announcement has been mixed - some cryptocurrency experts are hopeful that this will bring a transparent, stable coin to a market that is in great need of one. They also hope this will facilitate the flow of money from fiat to cryptocurrency and assist in educating individuals on cryptocurrency. Other experts are wary of the registration, compliance and oversight requirements imposed by Facebook’s central bank style approach to issuance. From a governance perspective, this new currency presents issues surrounding Facebook as a banking entity, particularly a fractional reserve one. It also presents issues surrounding privacy, tracking and money transmission. It is unclear how much information Facebook will be sharing, or be required to share regarding transactions occurring on this network. If their treatment of private information is used as an example, the governance of this network’s information will require vigilant scrutiny.

Tether is a cryptocurrency most known for its claim to be backed 100% by fiat currencies. It is the 9th largest cryptocurrency by market cap, but on average it accounts for the largest trading volume of any cryptocurrency on major exchanges. Its prominence on cryptocurrency exchanges stems from three features that have created a world wide trade dominance in crypto markets.

Tether has recently come under public scrutiny and has triggered an investigation by the New York State Department of Finance into its public claims to be a fiat backed currency, and relationship to exchange Bitfinex. This is important in context of both its role in the current cryptocurrency markets, and for those holding it as a USD proxy.

In April of 2019 rumors about missing funds were confirmed by the New York Department of Finance inquiry into Bitfinex and Tether, citing a missing 700 million in fiat from their assessment. This rocked markets across all cryptocurrencies as investors sold Tether, the main cryptocurrency USD hedge, seeing the fractional reserve risk.

Tether’s price has returned to a $1 USD after seeing prices as low as $0.80 USD, however uncertainty still remains around its possible fractional reserve nature. This looming uncertainty leaves many investors wary of holding Tether as a cryptocurrency hedge, and leaves a large market hole for a similar currency such as the Gemini Dollar or Facebook’s Libra, to step in and provide stability to this market.

Q2-Q3 of 2019 has seen major announcements in the realm of mainstream exchange trading of cryptocurrency and its derivatives. Since the launch of futures by the CME, major exchanges such as the NYSE, Etrade and Fidelity have announced plans for either direct cryptocurrency trading or exposure to a derivative of some variety. Beating all of those major players to release is exchange LedgerX, which on June 25th received status from the CFTC as a designated contract market (DCM), making this the first futures product available to retail investors.

The NYS/ICE futures listing, which is expected in Q4, will expose cryptocurrency futures to a 93 billion dollar market, of which a large amount is traded in derivatives. ICE trades over 6.2 million futures and OTC contracts daily. Derivatives compose 31% of their 5 billion dollar a year business. This sizeable market will be directly exposed to publically available cryptocurrency futures before 2020, leading to a major expanse in the current market reach.

Smaller retail players like E*trade and Fidelity have announced similar plans to carry the products from CME/ICE as well as provide direct retail of cryptocurrency. These companies represent significant and quantifiable exposure to the retail investor.

In 2014 the IRS issued the first guidelines to reporting ownership and gains derived from cryptocurrency. In May the IRS replied to a letter by Rep. Tom Emmer, requesting clarification on tax regulations. The reply stated that the IRS is working on revisions to the standing guidelines, to be released in the near future. It is still unknown what the actual topics of revision are, but the debate surrounding this topic revolves around key issues that are left unclear by the initial guidance.

The industry will be eagerly watching for clarity on these topics, as they affect a variety of businesses and investors. Further clarity on taxation will help cryptocurrency businesses decide to start up or set up branches in the United States. That uncertainty has contributed to the trend of new startups and ventures setting up in the EU, Switzerland and other countries that have clearly defined guidelines.

This newsletter is not an offer to sell or a solicitation of an offer to purchase an interest in any entity or investment vehicle. The information contained herein is not intended to constitute investment advice.

Coinado Inc, does not provide legal, accounting or tax advice. Any statement regarding such matters is explanatory and may not be relied upon as definitive advice. All investors are advised to consult with their legal, accounting and tax advisers regarding any potential investment. The information and any opinions contained in this communication have been obtained from sources that we consider reliable, but we do not represent such information and opinions as first party authenticated.